Check Out This Teaser Clip For Creature Feature “The Expedition” 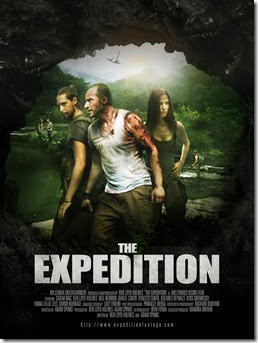 Deep in the Amazon jungle a research team lead by a respected Professor embark on an expedition to protect vulnerable and endangered species. After a series of strange events their superstitious guides abandon them and the team choose to remain deep in the jungle, dedicated to the project… but as night falls in the camp they begin to realize that all is not as it seems, and that they are in the hunting ground of a predator…. one they never could have expected.