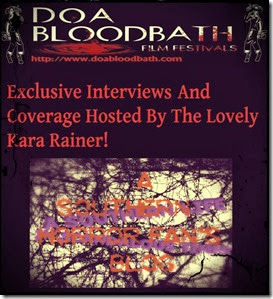 This past weekend “Velvet Vengeance” held it’s red carpet world premiere at DOA Bloodbath Film Festival in Dallas, TX. Exclusive coverage of the event was provided by the lovely Kara Rainer for A Southern Life In Scandalous Times. Kara grabbed this great interview with actress Laiken. A. Thompson. Check it out below. 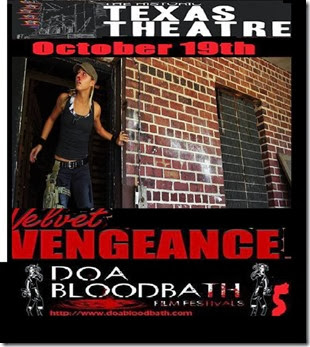 The story follows a young woman who is faced with the tragic murder of her brother. The police swear that the murderer is dead but Alice can not shake the feeling that the killer is still alive. Against her friends and family's best wishes she travels to the location of her brothers murder to hunt the killer but little does she know that she is the one that is being hunted.

Stay tuned for more coverage of DOA and the red carpet exclusive coverage hosted by the lovely Kara Rainer, right here at A Southern Life In Scandalous Times.
Posted by A Southern Horror Fan