Michael J. from HorrorBid's Rabbit In Red Radio and horror author Eric Morse have joined forces to bring you a no holds barred horror film called CAMPOUT NIGHTMARE! Six friends go camping for the weekend and come face to face with a ruthless killer. A NEW face of fear is coming this OCTOBER! A new HORROR ICON will be born, and I want you all to be a part of it! The script is in the final stage of revision and shooting is set to start May 14th or 21st. Read on to see how you can be a part of this EPIC indie horror film! 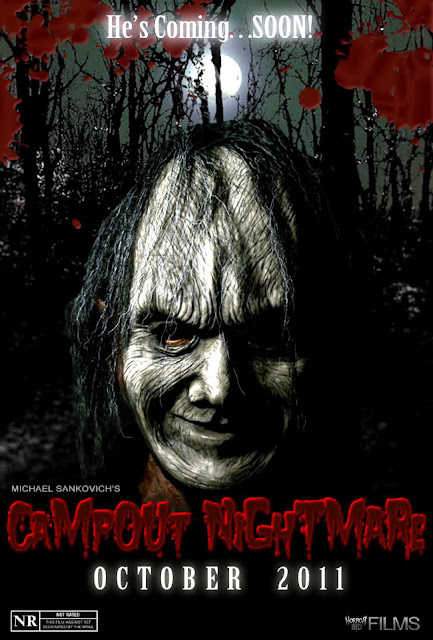 As you probably all know I'm making a horror film this summer called Campout Nightmare, and I'd like to get you all involved! I'm not asking for millions of dollars, but every little bit helps to make this film a reality. I'm trying to scrounge up some cash for supplies and other odds and ends to help get the project moving. Here's the details:

Donations can be as little as $1. Anyone who donates will have their name featured under the Very Special Thanks section during the closing credits of the film.

Donations of $15 or more, aside from having your name in the credits, will also get you a FREE copy of the DVD when it's released this October!

If anyone would like more information about the film and for another way to donate, please use the following link:

Please help support this film, which is shaping up to be my best work to date. Keep checking the site for trailers and updates on the film in the coming months. It's gonna be a fun ride!


Thanks and take care!