Fearnet article on "The Shine" 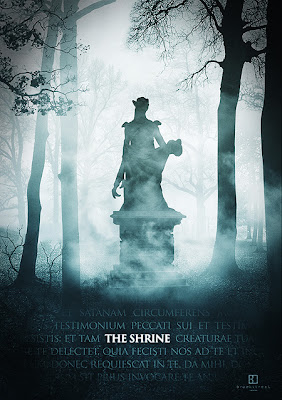 Two years ago, writer/director Jon Knautz grabbed the attention of the horror community at large with his loving salute to ‘80s monster movies, Jack Brooks: Monster Slayer. Brooks was a popcorn-chomping good time, oozing blood and guts and showcasing a massive array of impressive prosthetic creature creations, including a memorable ending in which Robert Englund turned into a giant, well, somethingrother.
Now Knautz returns to the horror genre with The Shrine, the second feature under his Brookstreet Productions banner with actor/CEO Trevor Matthews. A departure from Brooks, Shrine trades comedy for chills, a slow-building tale Knautz hopes will be reminiscent of some of the more atmospheric ‘70s horror movies.
read the rest of the article here...
Posted by A Southern Horror Fan