My Review Of "Trespassing" 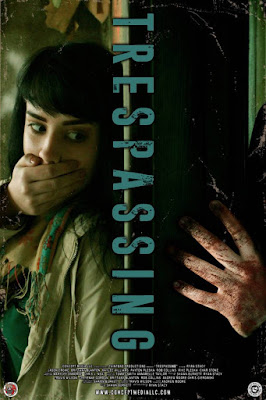 TRESPASSING centers around a young photographer who quickly finds herself eluding a trio of masked killers while trying to navigate an abandoned property with a dark history.

"Trespassing" is an impressive, entertaining short film with plenty of story. The film is almost 40 minutes long, and for me personally, I felt as though I watched a feature length thriller. I have followed Stacy's work and can honestly say that this film shows markable improvement. "Trespassing" feels and looks elevated from the standard low-budget fare.

The acting is quality, and for the most part each actor brought these ill-fated characters to life effortlessly. The cinematography was great, there was an element of underground filmmaking style that helped to boost the indie aspect. Plus the story takes place in on creepy AF location. Throw in some epic kill scenes with quality practical effects and a wicked ending and "Trespassing"is one worth watching. (4/5)