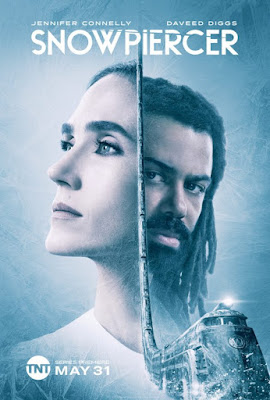 Set seven years after the world has become a frozen wasteland, the series centers on the remnants of humanity, who inhabit a gigantic, perpetually-moving train that circles the globe. As it does, issues of class warfare, social injustice and the politics of survival are raised.