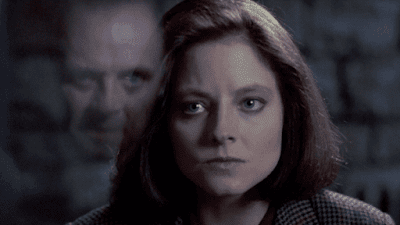 Deadline is reporting that CBS is in development for a "Silence Of The Lambs" sequel series titled 'Clarice'. Written and executive produced by Alex Kurtzman and Jenny Lumet, the potential series will take place in 1993, one year after the events of "SOTL". CBS is ready to shoot the pilot but word has it the series is already ordered.

'Clarice' takes “a deep dive into the untold personal story of Clarice Starling, as she returns to the field to pursue serial murderers and sexual predators while navigating the high stakes political world of Washington, D.C.”

“After more than 20 years of silence, we’re privileged to give voice to one of America’s most enduring heroes – Clarice Starling,” said Kurtzman and Lumet. “Clarice’s bravery and complexity have always lit the way, even as her personal story remained in the dark. But hers is the very story we need today: her struggle, her resilience, her victory. Her time is now, and always.”
Posted by A Southern Horror Fan