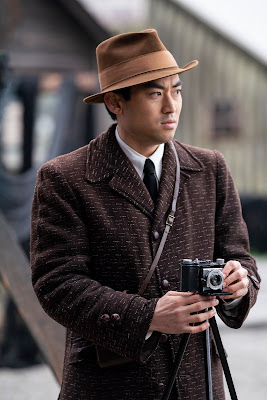 One of the best horror anthologies to come along in a while has been Ridley Scott's 'The Terror'. AMC has now released the trailer for series two 'The Terror: Infamy' which airs August 12th.  Derek Mio, Kiki Sukezane, Cristina Rodlo, Shingo Usami, Naoko Mori, and Miki Ishikawa and Actor and activist George Takei star.

Set during World War II, the season centers on a series of strange deaths that haunt a Japanese-American internment camp and a man’s journey to discover the entity’s origin.