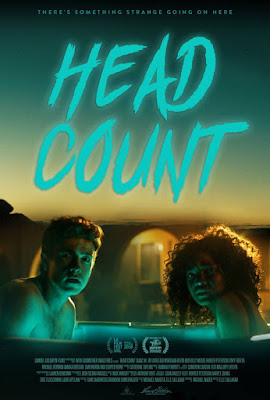 The official trailer has been released for "Head Count". The film hits theaters and On Demand and Digital June 14th. It is directed by Elle Callahan.

Newcomer Evan joins a group of teens on a getaway in Joshua Tree. While exchanging ghost stories around the campfire, Evan reads aloud a mysterious chant from an internet site. From that moment, someone–or something–is among them. As unsettling, inexplicable events become more frequent, Evan realizes this summoned shape-shifting creature is targeting them to fulfill a deadly ritual.