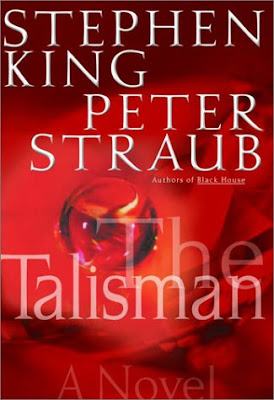 This is one that is super exciting !!! My favorite novel of all time, "The Talisman" is finally in works on a for real film adaptation! Amblin Entertainment confirmed the news today to EW . Mike Barker of 'Outlander' and 'The Handmaid’s Tale' will direct from a script being adapted by Chris Sparling (Buried).

"The Talisman" tells the story of the intrepid Jack Sawyer who travereses through another dimension to find the titular object that can heal his dying mother.

The previous two attempts to bring this novel to life fell through so fingers crossed,  this is a solid "gettin' it done' sitch.
Posted by A Southern Horror Fan