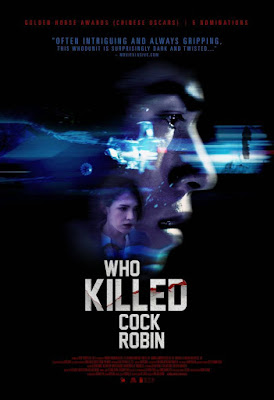 WHO KILLED COCK ROBIN follows ambitious journalist’s investigation into a hit-and-run he witnessed years ago. After the disappearance of his source also the only survivor of the accident, he beats the clock to rescue her as layers of unimaginable dark truths about a corrupted system start peeling.


The New York-based distributor specialized in Chinese language cinema Cheng Cheng Films is handling its release in North America. Viewers in US and Canada will be able to stream the film at VOD platforms below starting on 1/31/2019. Opening theaters will be updated at its North American official website: whokilledcockrobin.com.