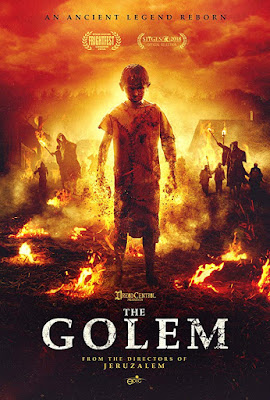 Demonic Thriller The Golem Releases this February 5th on Blu-ray

"The Golem" is based on an ancient Jewish legend. In the legend, a demonic child figure can be summoned, in the face of invasion. The film was developed by the Paz Brothers: Doron and Yoav, they were the central filmmakers behind the undead feature "Jeruzalem" (2015). "The Golem" stars: Hani Furstenberg (Mississippi Murder), Ishai Golan, Lenny Ravish, Brynie Furstenberg and Alexey Tritenko.

Developed, in part, by Dread Central Presents, Epic Pictures will handle the release - via home entertainment platforms. On February 5th, "The Golem" will be available on: Digital, DVD, Blu-ray and in select theatres.

Hanna is part of a remote Jewish community. Practicing mysticism, she turns against her husband and conjures a dangerous entity, tasked with protecting her and her community. Yet, a demon this strong has a will all of its own.