Trailer Released For Cult-Themed Experimental Thriller "Eyes Of The Sun" 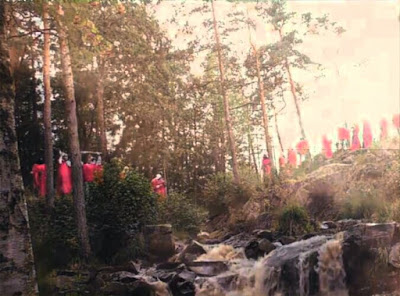 A trailer has been released for 79 minute Cult-Themed experimental thriller "Eyes Of The Sun". The film is the labour of artist filmmaker Jonas Hansen. It is expected to make a festival run before extended release.

Hansen- "I wanted it to feel like a kid’s movie made for adults. Directed by a hyper-intellectual child with too many crayons to play with. So basically me then, and I wanted the film to be as real and mean as possible. Meaning: real cannabis, real alcohol, real vomiting, real everything as long as nobody gets physically hurt. This was important to me because if the character is supposed to be drunk I think the actor should be drunk. It’s as simple as that."

A sinister cult steals a maniac in a yellow raincoats sister.