If You Survived The Wave Brace For The Quake This December 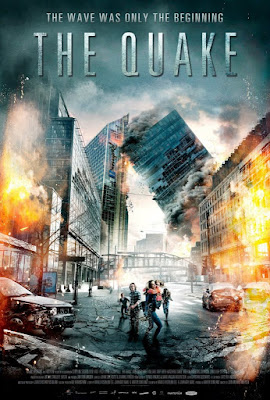 If you survived the wave then brace for the quake this December! The team behind disaster movie "The Wave" warn just that, with the follow-up disaster flick "The Quake". Directed by Roar Uthaug, the film recently showed and Cannes and is inspired by true events surrounding the 1904 earthquake that hit Oslo. "The Quake" stars Kristoffer Joner, Ane Dahl Torp, Jonas Hoff Oftebro, Katherine Thorborg Johansen, Edith Haagenrud-Sande, and Ravdeep Singh Bajwa.

In 1904 an earthquake of magnitude 5.4 on the Richter scale shook Oslo, with an epicenter in the "Oslo Graben" which runs under the Norwegian capital. There are now signs that indicate that we can expect a major future earthquake in Oslo.

"The Quake" hits theaters and On Demand on December 14th courtsey of Magnolia.