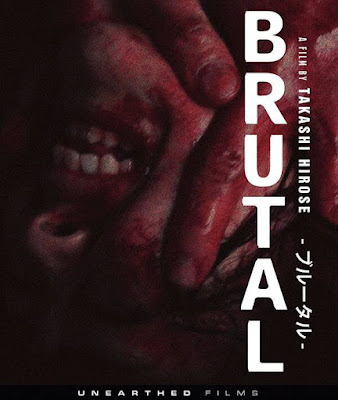 Unearthed Films is set to release Takashi Hirose's "Brutal". The film will be available December 11th. Check out the trailer below.

Constantly on the hunt and suffering from hallucinations that drive his violent nature, an unnamed man is capturing women and savagely beating them to death. Meanwhile, a woman is luring men into a violent end, by way of her knife. Driven by the same force to make the opposite sex suffer, the killers’ fates intertwine. The two must face off in a battle to the death, in which they are forced to reveal the horrible truth behind their addiction to murder.