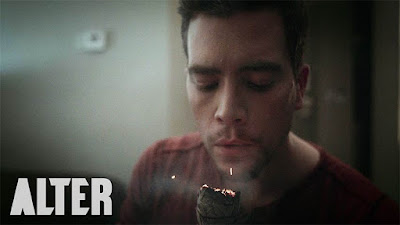 Gay-themed horror short "Payment" is from writer director Ben Larned. The film is currently available exclusively on Alter. It is described as a "folkloric iconography of Christian mythological tropes".

In a remote motel room. Stephen undergoes a protective ritual. A knock at the door interrupts him. It’s the Salesman, coming to collect Stephen’s long-owed debt: his soul. His feelings for Stephen, unnatural for an inhuman being, prevent him from doing so. Though he shares these feelings, Stephen makes a desperate choice and frees himself from eternal suffering – but damns himself to a lifetime of guilt.