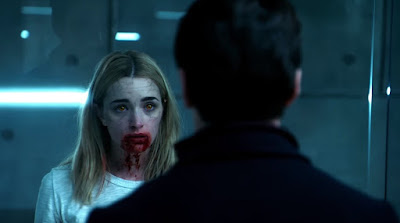 FOX has announced that viral thriller series 'The Passage' will join the network's 2019 lineup. The announcement came at SDCC, along with the release of the show's trailer. Based on book trilogy by Justin Cronin, produced by Ridley Scott, "The Passage' stars Mark-Paul Gosselaar, Vicent Piazza, Brianne Howe, Jamie McShane and Emmanuelle Chriqui.

The Passage is an epic, character‐driven thriller about a secret government medical facility experimenting with a dangerous virus that could either cure all disease or cause the downfall of the human race. The series focuses on a 10‐year‐old girl named Amy Bellafonte (Saniyya Sidney), who is chosen to be a test subject for this experiment and Brad Wolgast (Gosselaar), the federal agent who becomes her surrogate father as he tries to protect her.