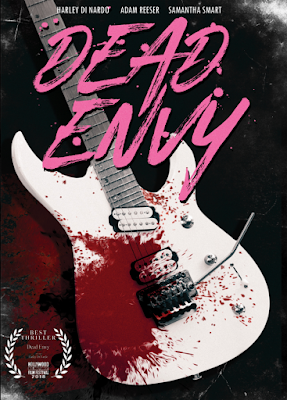 Random Media has acquired all domestic rights to Harley Di Nardo's Dead Envy, a thriller following an aging rocker who finds himself in over his head when he thinks he meets the perfect protege.  The feature length debut of writer-director Di Nardo and co-writer Stacy Hullah, Dead Envy had its world premiere at the Hollywood Reel Independent Film Festival, where the filmmakers took home the prize for Best Thriller.