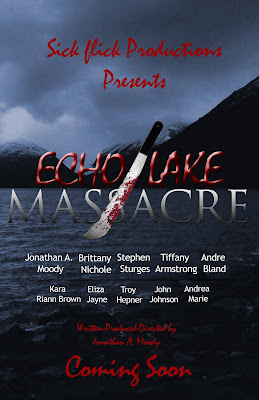 "Echo Lake Massacre" is a feature slasher film originally set to be a web series back in 2010 but has since developed into a feature film aiming for a 2016 release date. Head over to the campaign page to check out the perks.