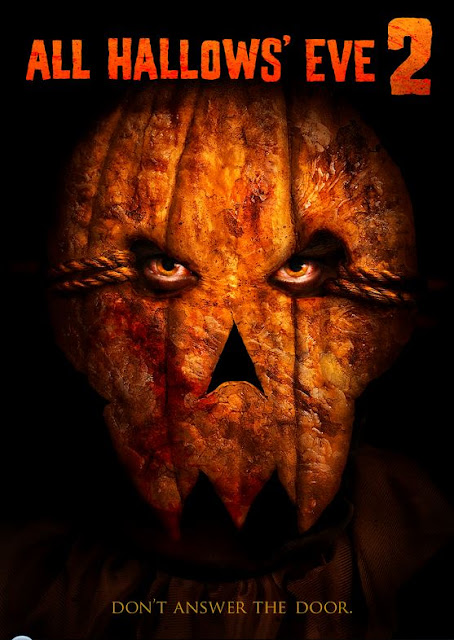 Andrea Monier, Bill Oberst Jr, and Damien Monier.
“Alone on Halloween, a young woman finds a mysterious VHS tape on her doorstep—a tape that shows a series of gruesome and ghastly tales that appear to be all too real. But these terrifying glimpses of damned souls are not the only horrors that stalk her. A sinister, pumpkin-faced killer is using the videotape as a portal into our reality; and if he makes it through, this twisted trickster seeks only one “treat”: blood.”