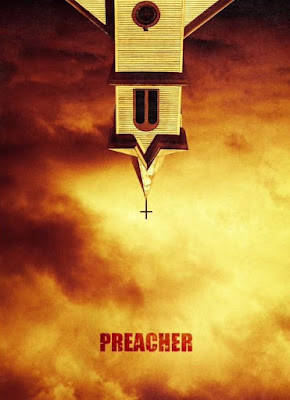 AMC has given the green light for 'Preacher' series, based on Garth Ennis and Steve Dillon's graphic novel series, with a possible May 2016 air date.  The show centers on Jesse Custer (Dominic Cooper), a conflicted Preacher in a small Texas town who is inhabited by a mysterious entity that allows him to develop a highly unconventional power. Along with his ex-girlfriend, Tulip (Ruth Negga), and an Irish vampire named Cassidy (Joseph Gilgun), the three embark on a journey to literally find God. Co-starring are Ian Colletti as Eugene Root aka Arseface, W. Earl Brown as Hugo Root and Lucy Griffiths as Emily.

'Preacher' is developed by Seth Rogen and Evan Goldberg. Goldberg also directed the pilot episode for the series. 'Preacher' has been a series adaptation of the cult comic for seven years so Rogen and Goldberg are expectantly stoked over the news of the AMC pick up.

Deadline quoted Rogen and Goldberg stating, “We started reading the comic when it first came out in the ’90s.”. “In many ways Garth’s sense of drama and comedy and Steve Dillon’s visual aesthetic helped form our style, and the idea that we are actually bringing Preacher to life is a dream come true. This is the craziest thing ever and we can’t wait to move forward and work our asses off to make it the best it can be.”
Posted by A Southern Horror Fan