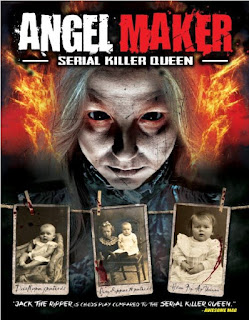 "Angel Maker: Serial Killer Queen" is a documentary about the mother of all child killers, Amelia Dyer. During the same period in British history as Jack The Ripper and Sherlock Holmes novels, Amelia disguised her sinister motives under the guise of nurturing do-gooder. She took in the infants and toddlers of destitute, and single mothers in need and set out to methodically murder each one.