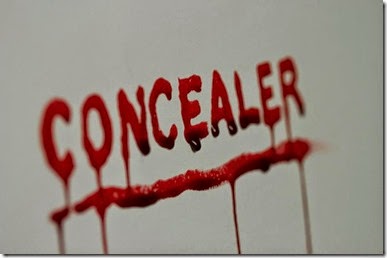 “Concealer” is an upcoming thriller.  It is about an artist who wears woman's makeup and holds a couple hostage in his art shop after they witness him commit a murder. The crowd funding campaign has started over on Indiegogo for the film. Principle photography is set to begin in October in Romeo, MI with Lauren Shafer(The Dark Below, Mimesis) and Kef Lee(Waterfront Nightmare, The secret village) set to star.

“Concealer” is a psychological horror with influences from such classics as “Taxi Driver”, “Carrie”, “Psycho” and “Repulsion”. The story will focus on main character, Rocco, a struggling artist who wears woman’s makeup and suffers from seizures. His professional and personal life suffer, more so after the death of a loved one. In comes a new client named Mark and things begin to change for Rocco when Mark asks him to paint a portrait for his wife Natalie.