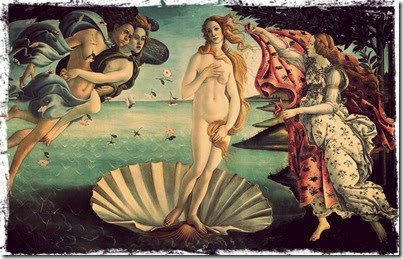 The Veneralia is the festival of Venus. In the public baths of Roma, women bathe in the men's baths wearing wreaths of myrtle. Especially honored is the aspect of Venus named Venus Verticordia, "The Changer of Hearts." It is, in general, a day for women to seek divine support and aid in their love lives.
It is also a day to honor Fortuna Virilis (who is somehow, but unclearly, connected with Venus); the jewelry is removed from her statue and ritually washed, and then she is offered sacrifices of flowers. Incense is also offered to the Goddess this day, in order for physical imperfections of women to be hidden from view in the baths. (Wikipedia)

On this day, Venus was celebrated as Venus Verticordia (changer of hearts). According to Ovid, this aspect of Venus rules over vows of chastity, morality, beauty and reputation. Honoring her encouraged adherence to social norms with regard to sexuality, for both men and women. (See pudicita.) During the festival, women carried the Venus's statue to the men's baths where it was ceremonially washed and dressed the statue of Venus at the temple near the Circus Maximus and then both the statue and its attendants were covered in myrtle.The statue of the Goddess Fortuna Virilis (Manly, verile) was washed and dressed and offered incense and flowers. (Witchipedia) 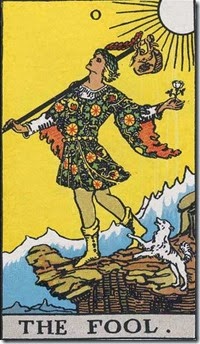 All Fool's Day, also known as April Fool's Day, is a time for the traditional playing of pranks upon unsuspecting people...the victim of such a prank being called an April Fool.


In many cultures, tradition dictates that the pranking period must expire at noon on April 1 and any jokes attempted after that hour will bring back luck to the perpetrator. In addition, any who fail to respond with a good humor to tricks played upon them are said to attract bad luck unto themselves. Such victims are, however, entitled to "turn the tables" after the hour of noon with the retort: "April Fool's gone past...and you're the biggest fool at last!" It should be noted that not all April Fool superstitions are negative. Males who are fooled by a pretty female, for example, are said to be fated to marry the girl...or at least enjoy a healthy friendship with her.


The origins of this custom are somewhat uncertain, but may have initially been related to the arrival of Spring in late March, at which time Mother Nature is said to "fool" the human race with sudden and fickle changes in the weather...showers one minute and sunshine the next. The playing of practical jokes, however, dates back to Ancient Rome and such activities were an integral part of the Hilaria celebrations held on March 25, a celebration which would again appear to be associated with the coming of Spring and the Vernal Equinox, held to honor the resurrection of Attis, Roman God of Vegetation who was linked to the seasonal cycle.