Release Date Announced For “The Fifth Voyage Of Sinbad” 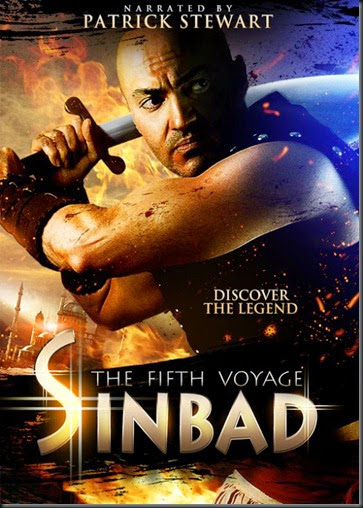 Set sail for the adventure of the year when Sinbad : The Fifth Voyage washes up on shore December 2.
Written, directed, executive produced, and starring Shahin Sean Solimon, Sinbad - narrated by the inimitable Patrick Stewart (X-Men : Days of Future Past) - is a crowd-pleasing throwback to the classic adventure yarns of yesteryear!


Sinbad : The Fifth Voyage will be available on VOD on December 2, with the DVD to follow on February 3, 2015. Check out the movie stills for this epic fantasy flick below.

OFFICIAL SYNOPSIS :
When the Sultan's first born daughter, Princess Parisa, is abducted by an evil sorcerer, Sinbad is tasked with traveling through a desert of magic and mythical creatures to save her. He must defeat the Cyclops, the Goliath Crab, and the legendary Rok Bird to escape with their lives. Starring Shahin Sean Solimon, Patrick Stewart (X-Men, Star Trek : The Next Generation), Lorna Raver (Drag Me to Hell), Isaac C. Singleton Jr (Pirates of the Caribbean : Curse of the Black Pearl), Sadie Alexandru (TVs Mad Men), and Said Faraj (TVs 24).