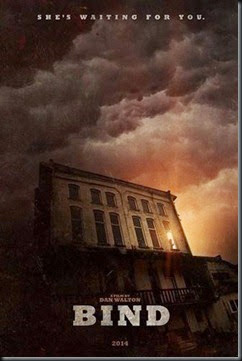 “Bind” follows Ben, who awakes from a trance like state with a bloody axe in his hands and no recollection of how it got there. It is the story of a family that move into an abandoned orphanage. They soon learn that their charming orphanage has a disturbing history, and is convinced they aren't alone.