Trailer Released For “The Hunted” 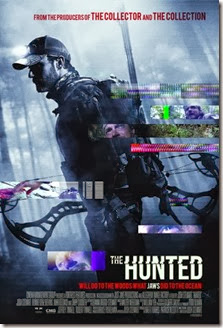 “The Hunted” is a found footage survival horror that may once more prove how solid the subgenre has become. The film is directed by Josh Stewart. It stars Josh Stewart, Nikki Deloach, Skipp Sudduth Ronnie Gene Blevins, and Katherine Von Till. Based on the new official trailer, “The Hunted” looks to be an exciting, fast-paced thriller. Check it out below.

In an attempt to land their own TV show, Jake (Josh Stewart) and Stevie (Ronnie Gene Blevins) head to the dense, secluded mountains of West Virginia. Equipped with only their bow and cameras, they have three days to kill a monster buck big enough to grab the attention of a TV network. Once they find the massive animal, they look to strike fast. But as the sun sets, they realize they're not alone. A supernatural force appears to be lurking in the vacant woods... and now they're the ones being hunted.