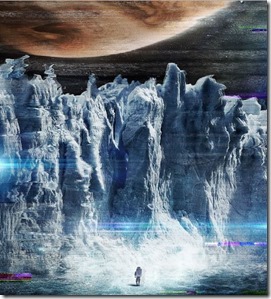 Check out this “one small step for man” clip of sci-fi thriller “Europa Report”. The film hits VOD June 27th thanks to Magnet Releasing and stars Embeth Davidtz, Sharlto Copley, Michael Nyqvist, Christian Camargo. The clip shows a humbling and awe inspiring such a step for mankind would possibly appear as we make our way to one of the most fascinating  bodies in our solar system. “Europa Report” will hit theatres later this summer on August 2nd.

“Europa Report” follows a contemporary mission to Jupiter’s moon Europa, to investigate the possible existence of alien life within our solar system. Developed in close collaboration with NASA, JPL, SpaceX and other leaders in the scientific community, the film imagines the next step in manned space exploration and is based on recent scientific discoveries and theories.