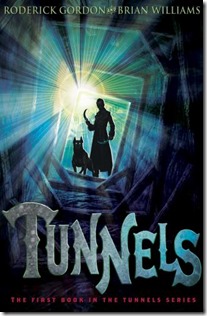 The adventure fantasy series Tunnels is getting some feature length love. Mikael Håfström is set to direct the feature film version of Gordon & Williams Tunnels. According to The Wrap “Håfström has previously worked on "The Rite" and "1408." Andrew Lobel is rewriting  the original screenplay by Joel Bergvall & Simon Sandquist. The "Tunnels" film is being produced by Mark Canton ("300"), Neil Canton ("Back to the Future") and Danny Davids, alongside Relativity CEO Ryan Kavanaugh. Relativity’s President Tucker Tooley ("The Fighter") will executive produce the film with Kelly Dennis ("1408").

"Tunnels," follows two teenage boys who discover a secret civilization beneath the streets of London. All this subterranean wonder has a downside, however. They also find evil forces who threaten to destroy the world above.
Posted by A Southern Horror Fan