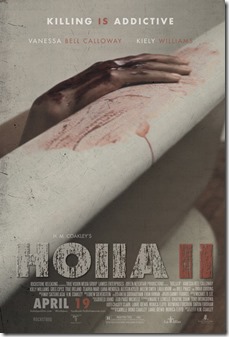 After narrowly escaping with her life at the hands of her mentally ill sister Veronica, Monica, with the help of her Mother, Marion, has taken great measures to ensure her safety, including changing her face and relocating to the South. Six years has past and now she finally believes she is safe from Veronica. Little does she know that death and betrayal still await her and her friends on the eve of her wedding at a southern plantation house rumored to be haunted by 13 murdered slaves. This time no one is safe and everyone is a suspect as killing becomes addictive.

haha, not a good movie.