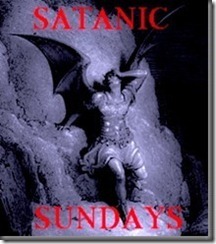 Well Sunday is here and it is time for another Satanic Sunday Post. Six films that bring the demonic and unholy of hosts to this most soulful of times. So here are six more sin filled movies to help celebrate this unholy holy day. 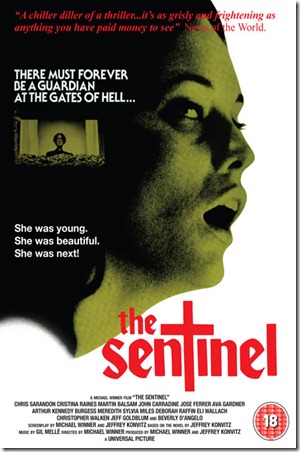 Directed by Michael Winner the film stars Cristina Raines, Ava Gardner, and Chris Sarandon. It tells the story of Allison who is a fashion model that is just not happy with life as it is. After a few attempts at suicide while living with her boyfriend she decides to move out and live alone. She finds a beautiful apartment in Brooklyn Heights. Unfortunately for her the apartment is a gateway to Hell. Directed by Hitzig and starring Kathlene Bailey, Shannon Tweed, Jovanni Brascia, Elliot Gould, and Brooke Bundy “Night Vision” is about a student known for telling stories witnesses a murder, the latest in a series of satanic killings of hookers. 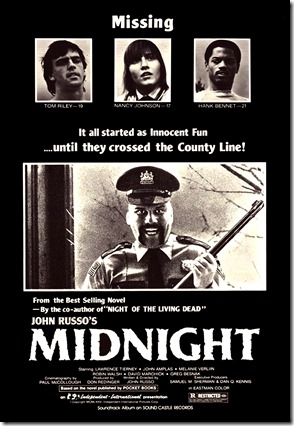 Directed by John A. Russo “Midnight” stars Melanie Verlin, Lawrence Tierney, John Hall, and Charles Jackson in a film about a teenage girl who runs away and catches a ride with two guys. On the way to California they decide to camp out and run into a family of Satanists. 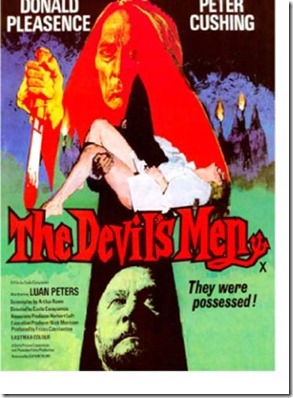 Directed by Kostas Karagiannis and starring Donald Pleasence, Peter Cushing, and Luan Peters. “The Devil’s Men” is about about three kids kidnapped by a Satanic cult and two men who must save them from a creature that is half man and half beast. “The Devil’s Men” has since been given the title of “Land Of The Minotaur” based on the creature the cult worships. 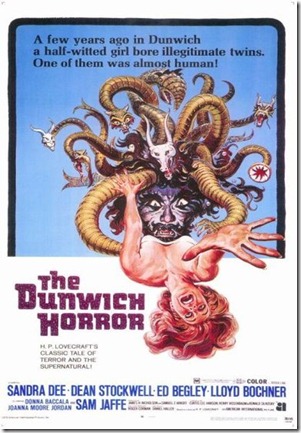 Directed by Daniel Haller and starring Sandra Dee, Ed Begley and Dean Stockwell “The Dunwich Horror” is a film version of H.P. Lovecraft’s short story of the same name. It tells the story of a girl who had twins, one of which is monstrous. The father of the twins is a warlock who lures Sandra Dee back to his home town of Dunwich where she is to serve in his ritual that is intended to bring back the alien gods mentioned in the Necronomican to earth. 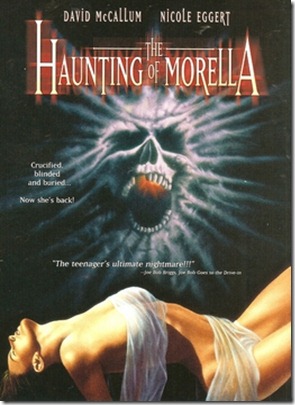 Directed by Jim Wynorski and starring Lana Clarkson, David McCallum, Christopher Halsted, and Nicole Eggert. “The Haunting Of Morella” is based on Edgar Allen Poe’s story. A witch is put to death in Colonial America, leaving her husband and infant daughter behind. Seventeen years later, the daughter has grown up and stands to inherit money set up by her mother's family. Now that the stage is set, the mother wants to return to life by taking over her daughter's body.


So now that you have six sin filled and satanic movies to celebrate an unholy holy day let go and bask in the darkness your room and enjoy the terrors that unfold. 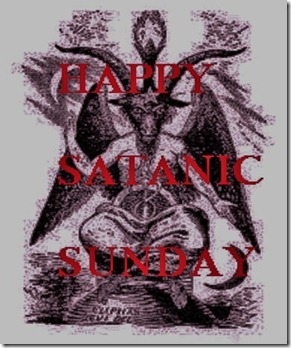