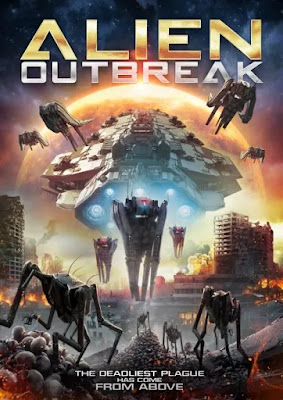 Special effects are mixed. A lot of CGI, which is expected in sci-fi films, and low budget practical effects. The CGI is done with some care, reminiscent of series such as 'Falling Skies' and 'Haven'. The concept used to create the aliens and infected humans is creative and appealing. Overall "Alien Outback" is a neat indie alien watch. It will have an audience, but for action packed bangs and booms some fans will wanna skip it. (2.5/5)
Posted by A Southern Horror Fan