Gripping, Suspenseful Multi-Award-Winning Cuban Horror IS THAT YOU? Arrives This August 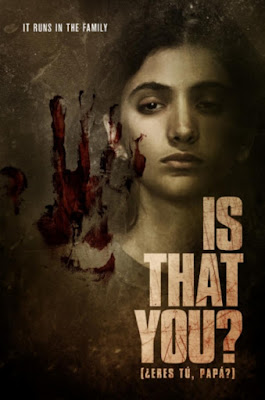 Opening in Los Angeles on August 2 at theLaemmle Music Hall and onDVD & VOD August 13, Is That You? follows Lili, a young girl living in the Cuban countryside, and her mother, who are both trapped in a modest shack by her domineering father. When he suddenly disappears, Lili decides to carry out a ritual to help bring him back...leading her to uncover a disturbing truth about his disappearance. World Premiere at the Oldenburg International Film Festival in Germany—where its protagonist Gabriela Ramos won the Seymour Cassel Award for Outstanding Performance, and has played at numerous international film festivals including Miami (MIFF), the Bucheon International Fantastic Film Festival in South Korea, the San Francisco Independent Film Festival, and the Richmond International Film Festival, where it was awarded the IFF Grand Jury Award for Best Feature Film and the Rising Star Award for lead actress Ramos.

Living in a modest shack in the Cuban countryside, thirteen-year-old Lili and her mother appear trapped in a meagre, suffocating existence by her domineering father, Eduardo. His sudden absence should represent a new freedom for the girl and her mother, but Lili is distraught, and we come to discover just how strong the influence of this monstrous man is over his family. In desperation at losing Eduardo, Lili carries out a ritual taught to her by a spiritualist to help bring him back, leading Lili to uncover a disturbing truth about her father’s disappearance
Posted by A Southern Horror Fan