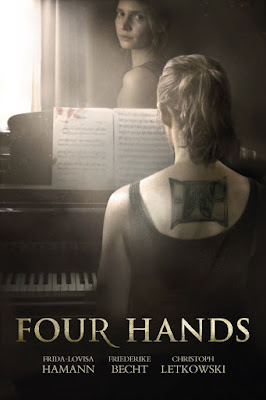 "Four Hands" follows sisters Jessica and Sophie who have remained in their family home even after they witnessed their parents’ murder there as small children. Now, 20 years later, learning that the killers will be paroled, Sophie begins to suffer blackouts during which she commits unspeakable acts. Is a vengeful spirit to blame? For his outstanding and unnerving second feature, Kienle gleefully ratchets up the tension by degrees to a knockout climax.