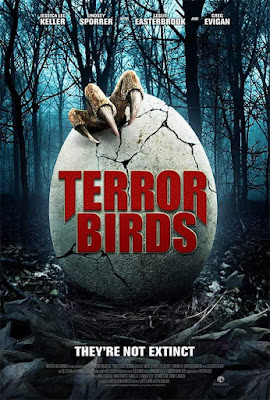 When Maddy Stern discovers her father has gone missing during a routine birdwatching excursion, she and her college pals trek out into the wilderness to find him, only to end up in a wealthy scientist's desolate ranch aviary, where they encounter a pair of giant, hungry terror birds believed to be extinct for centuries.