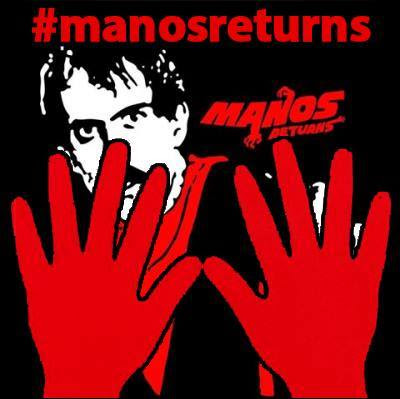 A crowd funding campaign is still Conjuring the return of Manos. The film will be the sequel to Cult classic "Manos:The Hands Of Fate", a film that dealt with one family's vaca  nightmare in which they face a cult set on sacrifice in honor of their god. The film was reintroduced to movie fans by the series 'Mystery Science Theatre'.

The " Manos Returns" crowd funding is taking place on Kickstarter with weeks left before the campaign ends. The sequel will bring back many of the original cast to reprise their character roles. Head over to the Kickstarter campaign and Facebook page to learn more.