Release Date and Trailer For "Southbound" 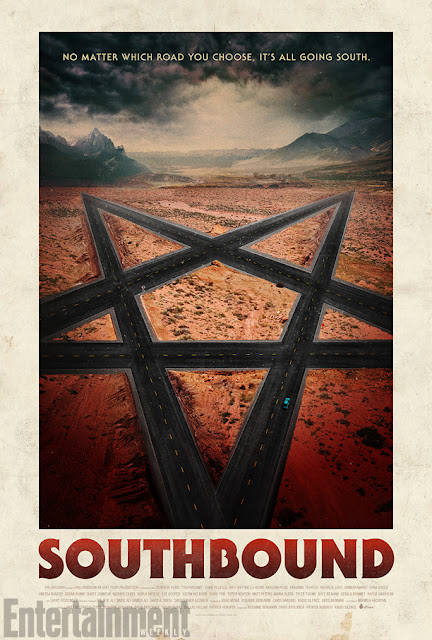 An official trailer and release date has been announced for "Southbound". The film comes from the creators of " V/H/S" and due out February 5th in select theatres with VOD happening on the 9th.

Weary travellers confront their worst nightmares — and darkest secrets — over one long night on a desolate stretch of desert highway in this spooky anthology that merges five tales of death and mayhem on the open road.
Mitch and Jack are on the run from their past when they turn up, blood-splattered, at a lonely roadside diner; an all-girl rock group called Siren must rely on the kindness of strangers when their tour van breaks down at the side of the road; a harried business-man is desperate for help from an unusual 911 operator in the aftermath of a car accident; a frantic gunman bursts into a bar demanding to know the whereabouts of a girl in a photograph; all hell breaks loose when masked men interrupt a family vacation.