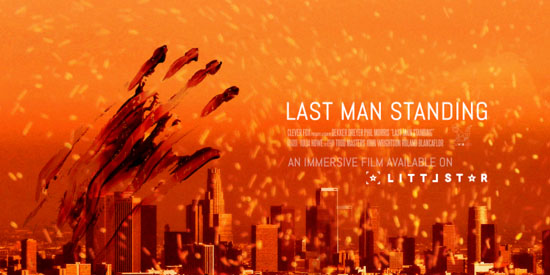 Immersive production company Clever Fox, known for branded content, releases their first original narrative experience "Last Man Standing" on Littlstar.com.
Last Man Standing puts viewers at ground zero of the zombie Apocalypse in full 360 degree immersion. The film, directed by Clever Fox's Chief Creative Officer Dekker Dreyer, stars actor Phil Morris known for his roles as superhero Martian Manhunter on Smallville and the voice of villain Vandal Savage in the animated Justice League: Doom. Special makeup FX by Todd Masters of Masters FX, John Wrightson, and Roland Blancaflor.
2016 will be the year that consumer virtual reality headsets become mainstream and audiences are looking for cinematic content. Dreyer, who recently spoke on the TV Academy's Inside VR 2015 panel, believes that immersive storytelling is ready for the next level.
"There's not a lot of people who are making narrative immersive films. There's a lot of experimentation going on and you see incredible 'experience' content that has you standing on the top of mountains or being ringside at a Boxing match, but there isn't much scripted story-driven material. As a filmmaker I'm excited by that and I'm very proud that Clever Fox is joining that shortlist of creators making original scripted projects."
Last Man Standing is not the first horror experience in virtual reality, but it does break new ground. 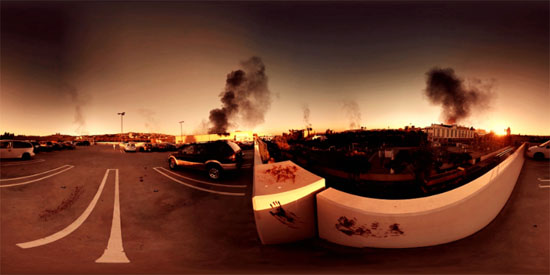 "Genre entertainment is great for VR because it transports you to another world. As creators you don't have to be concerned with absolute realism and the audience can experience the heightened emotions of being inside this hyper-real fantasy world. With Last Man Standing we wrapped that experience in a traditional narrative and built on that with this this great performance by Phil [Morris]" says Clever Fox CEO Julia Howe
The film is available now at http://www.littlestar.com/clever-fox and can be viewed in your desktop browser, on your mobile device, and in all popular VR headsets via the Littlstar App.
About Clever Fox
Clever Fox (http://www.cleverfox.media) is an immersive production company located in Los Angeles, CA specializing in branded VR content. Founded in 2015 by Julia Howe and Dekker Dreyer Clever Fox brings together teams of industry veterans to create compelling story-driven experiences. 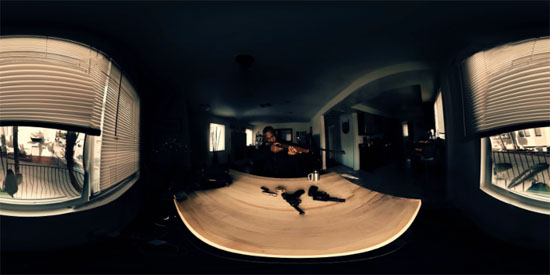