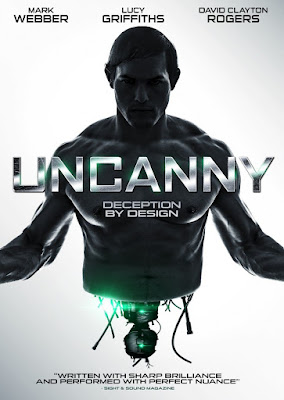 AI are the new breed of vampire, here to mesmerize, excite, terrify, and probably destroy mankind! I have been watching a lot of these droid/robot/synthetics activate, titillate, and contemplate just how they will navigate a world where their creator both loves and loathes them! From 'Humans' to "Ex-Machina", 'Dark Matter' to 'Defiance', Artificial Intelligence has replaced the vampire in fantasy, horror , and sci-fi and based on the promo stuff for "Uncanny" the outlook for us Organics is only going to get hotter and darker before we inevitably bite the dust at the hands of our creation- Halleloo!

"Uncanny" is directed by Matthew Leutwyler and stars Mark Webber, Lucy Griffiths, David Clayton Rogers, Rainn Wilson. The film is due out November 3rd, 2015. "Uncanny" follows the story of the world's first "perfect" Artificial Intelligence, who begins to exhibit startling and unnerving emergent behavior when a reporter begins a relationship with the scientist who created it. 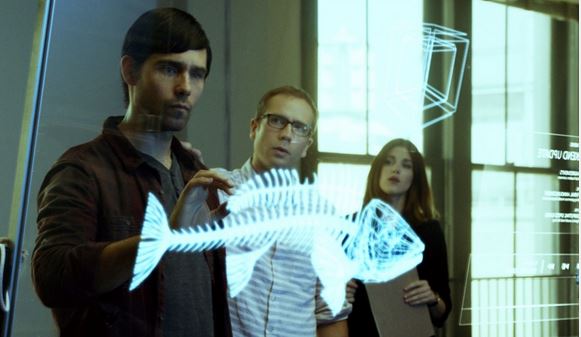