Official Poster And Trailer For "Queen Of Earth" Released 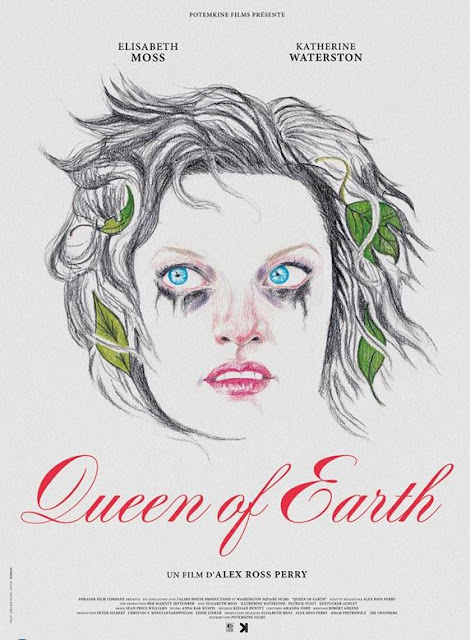 The official poster and trailer has been released for IFC Midnight's "Queen Of Earth" which has a release date set for August 26th, both VOD and theatrically. The film is directed by Alex Ross Perry and stars Elisabeth Moss, Katherine Waterston, Patrick Fugit, and Kate Lyn Sheil.

Elisabeth Moss delivers a fearless performance in this tour-de-force portrait of psychological breakdown. In her second collaboration with acclaimed director Alex Ross Perry (Listen Up Philip), she stars as Catherine, a woman careening towards emotional collapse after a one-two punch of heartbreaking events. Seeking peace and solitude, she heads to the secluded lakehouse of her best friend, Virginia (Inherent Vice’s Katherine Waterston). But their quiet country retreat becomes a journey into steadily mounting hysteria as past and present collide and the love-hate relationship between the two women threatens to tear them apart. Driven by Moss’ unforgettable performance, this darkly funny psychological thriller immerses viewers in the shattered mind of a woman on the edge.