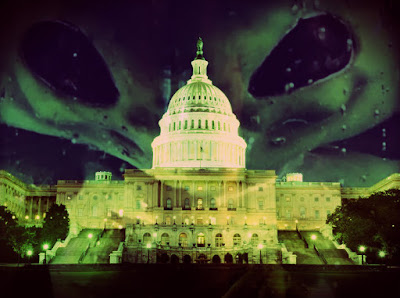 CBS has given a straight-to-series, 13-episode order to Good Wife creators’ Robert and Michelle King’s one-hour comic-thriller, which is being billed as a cross between The Strain and The West Wing. Braindead is slated to premiere in Summer 2016 and follows a young fresh-faced Hill staffer getting her first job in Washington, D.C. and discovering two things: The government has stopped working, and alien spawn have come to Earth and eaten the brains of a growing number of Congressmen and Hill staffers.

“We wanted to do a show that was a mix of genre-pulp and high-brow politics,” said the Kings in a statement. “It seemed like the best way to address the news today — not straight, but as the opening act of a horror movie.”
Posted by A Southern Horror Fan