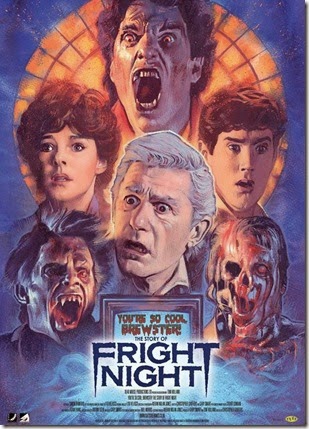 “Fully supported and produced by original Fright Night writer and director Tom Holland, this documentary is the ultimate insight into the making of this cult classic movie as well as a tribute to the late, great Roddy McDowall.

The Story of Fright Night will feature detailed interviews with those who helped shape and create this much loved movie. Guided by Tom Holland the makers of this new documentary will raise the stakes and unearth the behind the scenes stories including footage and images from Tom’s personal archives.

Leviathan proved that an independent documentary supported solely by the fans and a dedicated team of filmmakers can result in a fully detailed retrospective documentary.

Leviathan is a 3-disc, 9 hour treat for Hellraiser fans, the intention is to give Fright Night the same respect and treatment.”