First Trailer For “Ant-Man” Goes Up 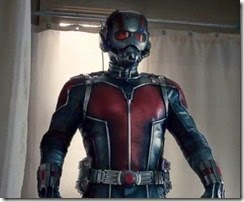 The first trailer for Marvel’s “Ant-Man” has gone up on the web. The film sees Paul Rudd as super-soldier suited Scott Lang in this highly touted film adaptation of the iconic superhero. I had reservations about Rudd in anything that wasn’t slapstick but I am diggin’ the Ant-Man. “Ant-Man” is directed by Payton Reed and co-stars Michael Douglas (“Behind The Candelabra,” “Wall Street”) as Lang’s mentor Dr. Hank Pym and Evangeline Lilly (“The Hobbit: The Desolation of Smaug,” “Lost”) as Hope Van Dyne, daughter of Hank Pym.