UK DVD Artwork And Release Date For “The Pigman Murders” 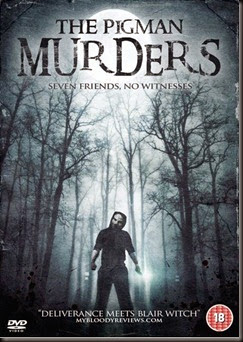 7 friends head to the wilderness of Connemara, Co. Galway for a weekend break to celebrate the first year anniversary of a close friend. First night in they come across a beaten and bloodied male looking for help as he warns them that two masked men attacked him and took his girlfriend, some of the group head into the wooded area in search as others return to their cars which have disappeared. With no houses for miles and no transport they must walk themselves back but are not alone! All caught on camera “The Pigman Murders” is a intense rollercoaster that will bring documentary style to another level.