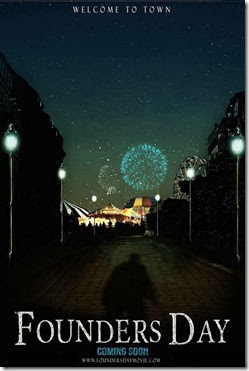 In “Founders Day”, the quaint, suburban town of Fairfield is shaken by the shocking murder of high school student, Melissa Thompson. The prime suspect is jailed, and the residents look to the town’s bicentennial celebration to provide a sense of strength and normalcy. When more bodies turn up, however, the citizens of Fairfield grow increasingly suspicious of one another. With no clear motive, everyone is a suspect.