Trailer Released For “Living Dark: The Story Of Ted The Carver” 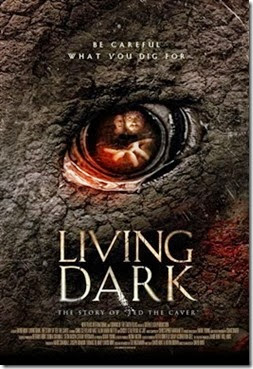 Check out the trailer for horror film “Living Dark: The Story Of Ted The Carver”. The film is directed by David Hunt and stars Chris Cleveland, Matthew Alan, Mark Hayter, Circus-Szalewski,  Jason Wolf. There is a limited screening set for November 7th as a showcase for distribution houses and for horror fans alike. “Living Dark” finished production back in ‘08 and was picked up by New Films International, finally things seem to be moving forward with this sales screening planned for the American Film Market.

Two brothers, reunited for their father's funeral, stumble upon the entrance to a nearby cave, where they are slowly forced to confront the true, nightmarish cause of their father's death. Based on the popular Ted the Caver Internet legend.