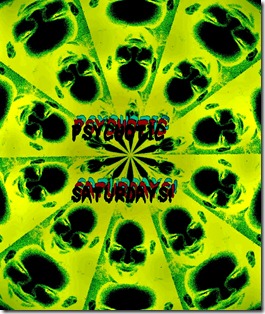 This weeks Psychotic Saturdays! film list are six slasher flicks that are worth checking out. They feature variations of the slasher genre from the killer clown to serial killer on the prowl to the crazed psycho forever seeking revenge. I try to pick film suggestions that are not as well known or may not be as great as the bigger budget movies in an effort that you may look to more Indie material for inspiration in that ever spiraling fall into insanity-at least for Saturday and the pleasure of a day filled with movies that feature bad acting (subjective) cheesy effects(also subjective) and gory deaths (imperative).

In this thriller, a deranged killer is decapitating the local Palm City prostitutes, and it is up to Detective Lisa Ryder (Donna Adams) to track him down. However, when the hunter becomes the hunted, Lisa must struggle to stay alive. Directed by Mansour Pourmand and starring Dona Adams, Bruce Brown, David Clover, John Dagnen and Rikki Brando.

“Freeway Killer” is the true story of William Bonin also known as the Freeway Killer who committed the rape, torture and murder of a minimum of 21 boys and young men in a series of killings spanning between 1979 and 1980 in southern California. Directed by John Murlowski and starring Scott Anthony Leet, Cole Williams, Dusty Sorg and Michael Rooker.

Directed by Nick Palumbo and starring Mark Hail, Renee Slone, Jenesses Kenney and Sally Graham. A true-life story of a man who murders without provocation. The lonely, depraved killer stalks the neon city we call Las Vegas. Killing young women at random, there seems to be no end to his madness.

A vicious killer who slays his victims with railroad spikes, Adam escapes an asylum and returns to a town he terrorized once before. With his nasty weapons, Adam starts laying waste to innocent teens who are unfortunate enough to cross his path. Directed by Frank Zagarino who also stars in the film as the killer and starring David Shark Fralick, Lou Martini Jr., Matthew Jared and Giselle Rodriguez.

Directed by Dale Resteghini and starring LaLa Anthony, Capone, Baby Sham, Cita, D-Don and Dia. The hottest underground Hip Hop group, Tha Supanatchralz, Ivory, Krumbsnatcha, Remedy, Dia, Baby Sham have a killer in their midst. Bodies are dropping all around them and nobody knows why. When Tha Supanatchralz uncover the crazed slasher is a clown, they must hunt him down. 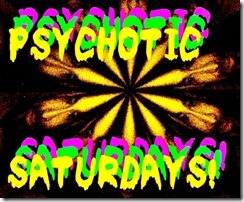