Check out the twisted poster for “The Cloth”


From VMI Worldwide the film had a budget of 3-5 million dollars and was directed by Justin Price. It stars Eric Roberts, Danny Trejo, Kyler Willett, and Rachel Brooke Smith. “The Cloth” is currently in post-production. 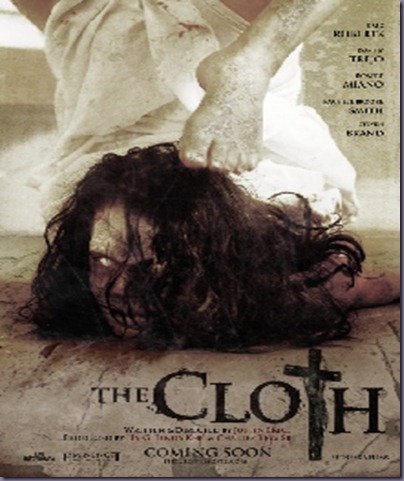 The Cloth is a horror action-sci-fi thriller centered on a secret organization formed by the Catholic Church to counteract the rising cases of demonic possessions across the country. With the arrival of the Devil’s General Kasdeya on earth, the members of the Cloth have only seven days to stop the crossover of the ultimate evil into our realm. To stop Beelzebub’s arrival, their mission depends on Jason, a young godless man, to lead the next generation of Cloth members before the Devil and his armies walk the earth.
read more here!
Posted by A Southern Horror Fan