New Horror/Thriller “Huff” has just wrapped principle photography and promises to bring a new angle to the whole Three Little Pigs Story. Based on the little synopsis on this script top sheet- some wolves are harder to flee from. Directed by Paul Morrell and costarring Charlie O’Connell, Natasha Alam, Elina Madison and Clint Howard, “Huff” had a 13-day shooting schedule. Principal photography kicked off on location in San Francisquito Canyon on Dec. 5 and wound up there Sunday. Producers are aiming at a theatrical release by September 2012. 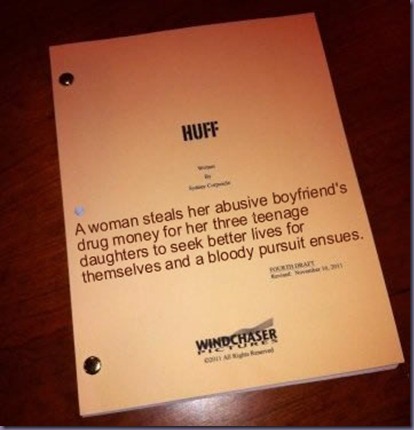 Here is the extended plot line from the movies Facebook Page:
In this dark, allegorical adaptation of The Three Little Pigs, Virgil “Huff” Huffington (Charlie O’Connell) is an abusive stepfather to three teenage girls living in poverty in rural Southern California. Huff is on the verge of a lucrative drug deal that will finally give him the money to escape his miserable life and retire in Mexico in style with his sexy mistress, Laci (Natasha Alam).
Huff’s plan begins to unravel when his battered wife, Lorelei (Elina Madison), secretly gives Huff’s drug money to her three daughters to run away and seek better lives for themselves. This triggers a chain of rage-induced asthma attacks (yes, Huff “huffs and puffs”), violence, and murders as Huff attempts to locate the three runaways and recover his money.
Brixi (Amber Bollinger), the oldest and smartest daughter, must fight for survival as she attempts to protect her sisters from their beastly stepfather. 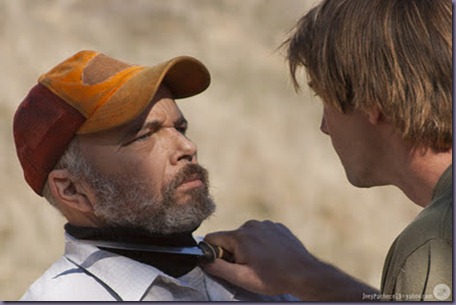 Charlie O’Connell, younger brother of Jerry O’Connell (Stand By Me, Jerry Maguire), has signed on to play the title role of Huff. The younger O’Connell is best known as The Bachelor (2005) and makes a departure from his handsome charmer persona by assuming the role of a manipulative, volatile, asthma-stricken stepfather who adeptly uses Bible scripture to oppress, manipulate and abuse his wife and three little stepdaughters.
July 2010 Playboy cover model Natasha Alam (“True Blood,” “The Bold and the Beautiful”) shows up as Huff’s kinky mistress and source of funds for his big drug deal. Insiders say to expect a “closed set” for her scenes. Mayra Leal, fresh off the success of her memorable role in 2010 action-thriller Machete from Robert Rodriguez, stars as a strung out neighbor who befriends the young girls until her addictions get the best of her. Multi-talented fan favorite Clint Howard (Apollo 13, The Dilemma, Evilspeak) will also appear in this twisted tale.
Facebook Page!
Website!
Stay tuned for more on this interesting little joint!
Posted by A Southern Horror Fan