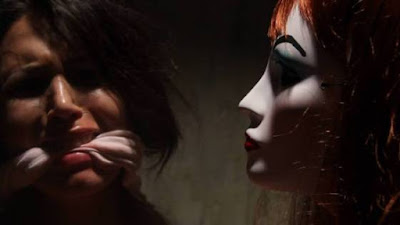 SGL Entertainment's "Deviant Behavior" is now available on Blu-ray/DVD. The film is directed by Jacob Grim and stars Bonnie Ann Coronado along with Ed Guinn and John Dugan. Available at retailers everywhere on Blu-ray and DVD via SGL Entertainment, and it Includes the Original Motion Picture Soundtrack on a separate CD. You can also stream or download the Soundtrack on Spotify, Apple Music, Google Play, etc. via Dark Star Records / SONY Music.

A masked self made transgender, on a twisted mission to become the most beautiful women in town, is interrupted by Charlie Reese, a sleazy private detective who has discovered her world of torture and depravity.